A few weeks ago Alexandra Tavel, from Two of Wands, posted about the Anti Bully campaign - Hat not Hate.

"In this craftivist movement, makers are encouraged to create blue hats to wear proudly on World Bullying Prevention Day, October 1st, 2018 and share with the hashtag #HatNotHate to help raise awareness. Lion Brand is partnering with STOMP Out Bullying, the leading national anti-bullying and cyberbullying organization for kids and teens in the US and will be donating 2% of the proceeds of blue yarns during the campaign to the cause."

I was drawn to her Peace hat design, only problem....I don't knit. Now I can knit a straight piece but anything else, it isn't happening.
So I took the Graph Beanie Pattern, by Playin' Hooky and myself, and gave it a go. 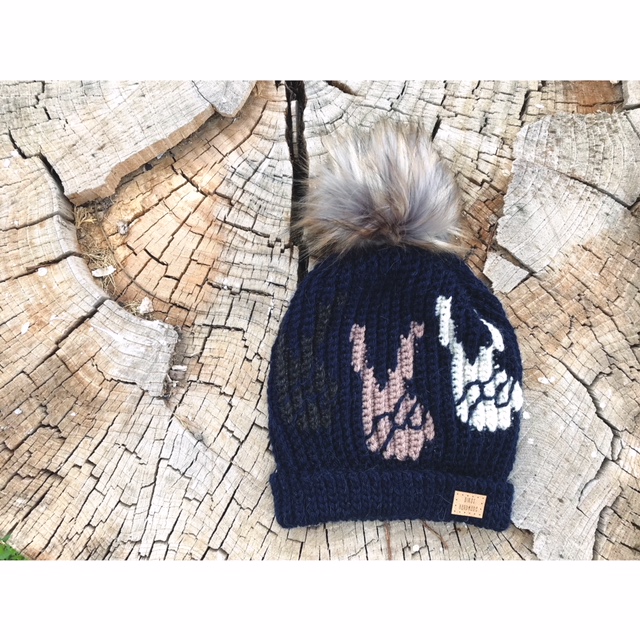 I am very happy with how it turned out and Cohen is now wanting one for himself. I used Lion Brand's Touch of Alpaca in Navy for the base of the hat, Wool-ease in Fisherman, Heartland in Black Canyon and Vanna's Choice in Taupe.
For the next one I plan to use a lighter blue so everything will pop a little more. 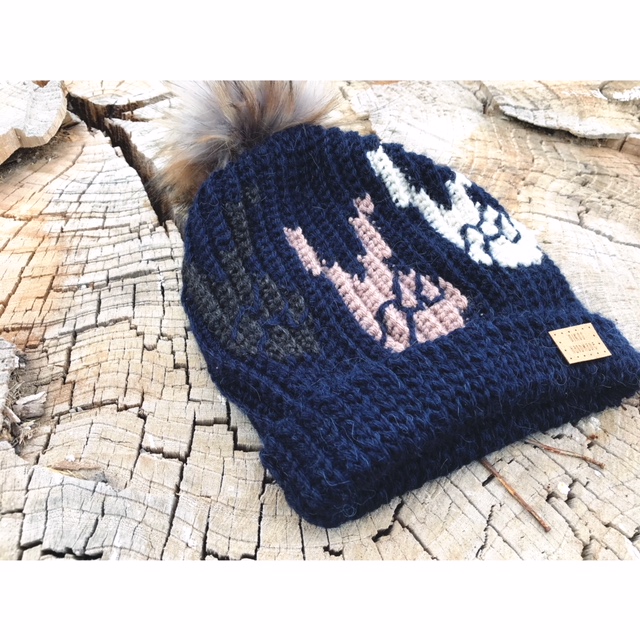 I am hoping to have a blue hat made for Cohen by October and help him understand the importance of being a friend to everyone.
If you knit or crochet consider joining this movement and help Stomp Out Bullying.

Accessories For Any Season

Hello Friends!
I hope you all have had a wonderful week this week.
Ours has been busy. Cohen started the 2nd grade and Marlee is walking all over the place.
Orders have been coming in for the new fringe earrings and the Pom Pom earrings continue to be a huge hit.

Have you seen our beautiful new earrings in the shop?
Let me start with the fringe earrings. 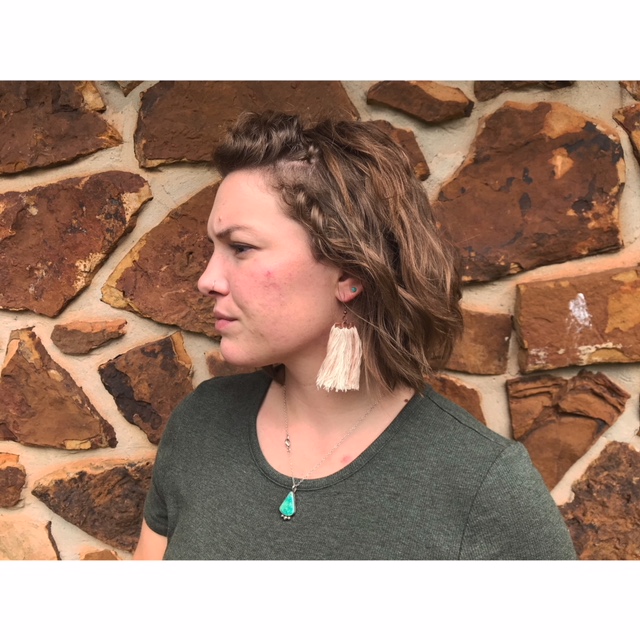 These earrings are perfect with your favorite graphic t-shirt/t-shirt and jeans. They would look super cute for game day to match your teams color(s). They also look great on date night adding some fun texture and flair to your outfit. These are so light weight and come in many different metal options. These are all ready to ship, unless you pick the custom color option. If you pick the custom color option your earrings will ship within 10 days. 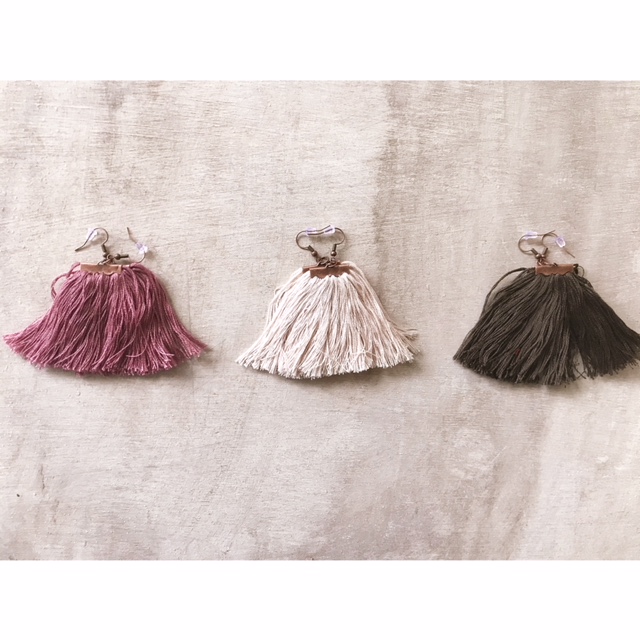 Next up are the Pom Pom Earrings. 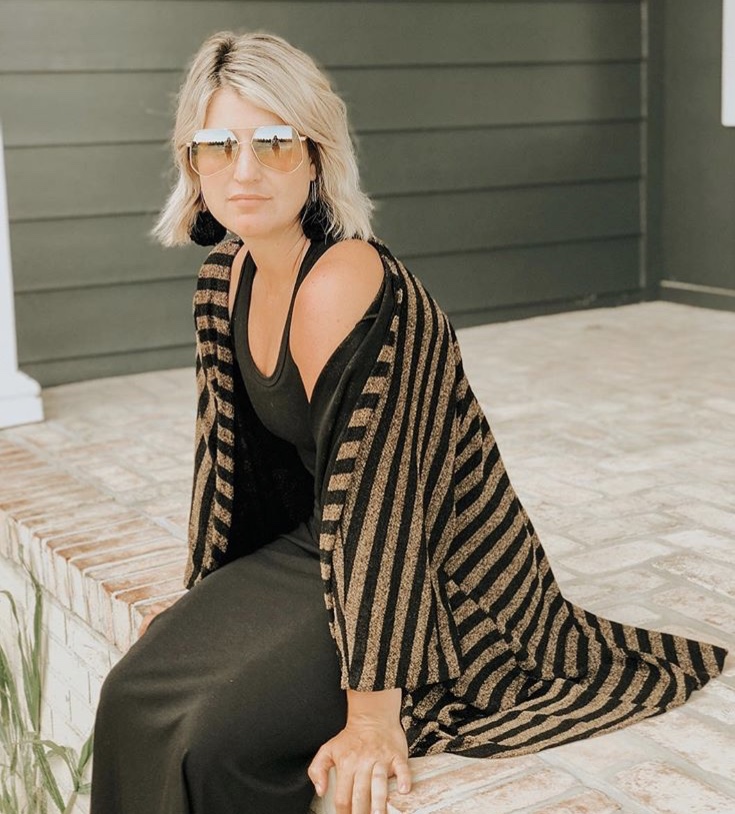 These are also lightweight and perfect for adding some fun to your everyday outfit. Look how dressed up Meagan makes these earrings look in her LuLaRoe Dani and LuLaRoe Lindsay.
They will be a fun statement piece with your favorite t-shirt and jeans. Or grab them in your teams colors.
(I hear there is a Game Day collection coming out this weekend.) 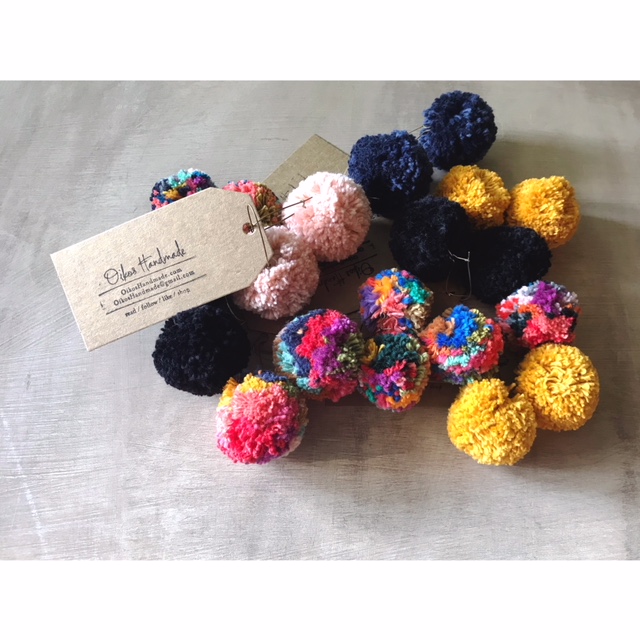 So dress these fun earrings up or dress them down, the choice is yours.

Which style is your favorite?
Make sure you are following us on FB and Instagram, a little birdie said a giveaway is coming tonight.
Enjoy!

Our Little Chicken is Back

6 years ago the Chicken Clutch was introduced to the shop and it quickly became a customer favorite. A few people have asked if I would bring it back, so for a limited time you can find the chicken clutch back in the shop. 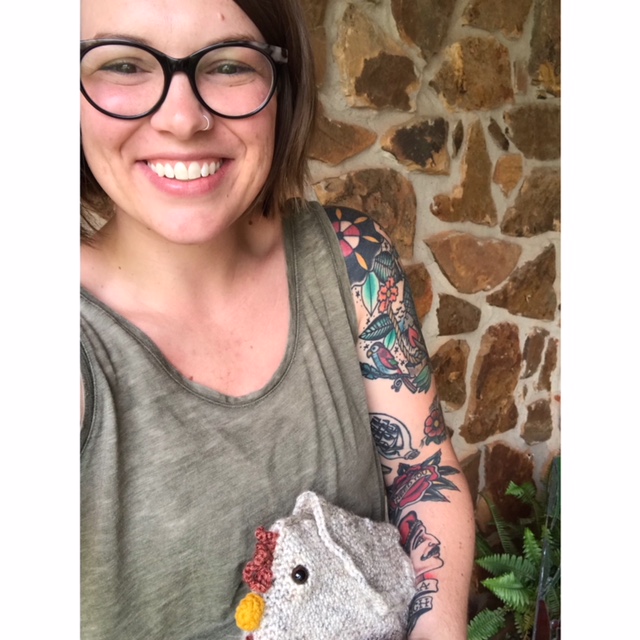 The chicken clutch looks best when she is filled with your treasures, keeping her nice and plump. 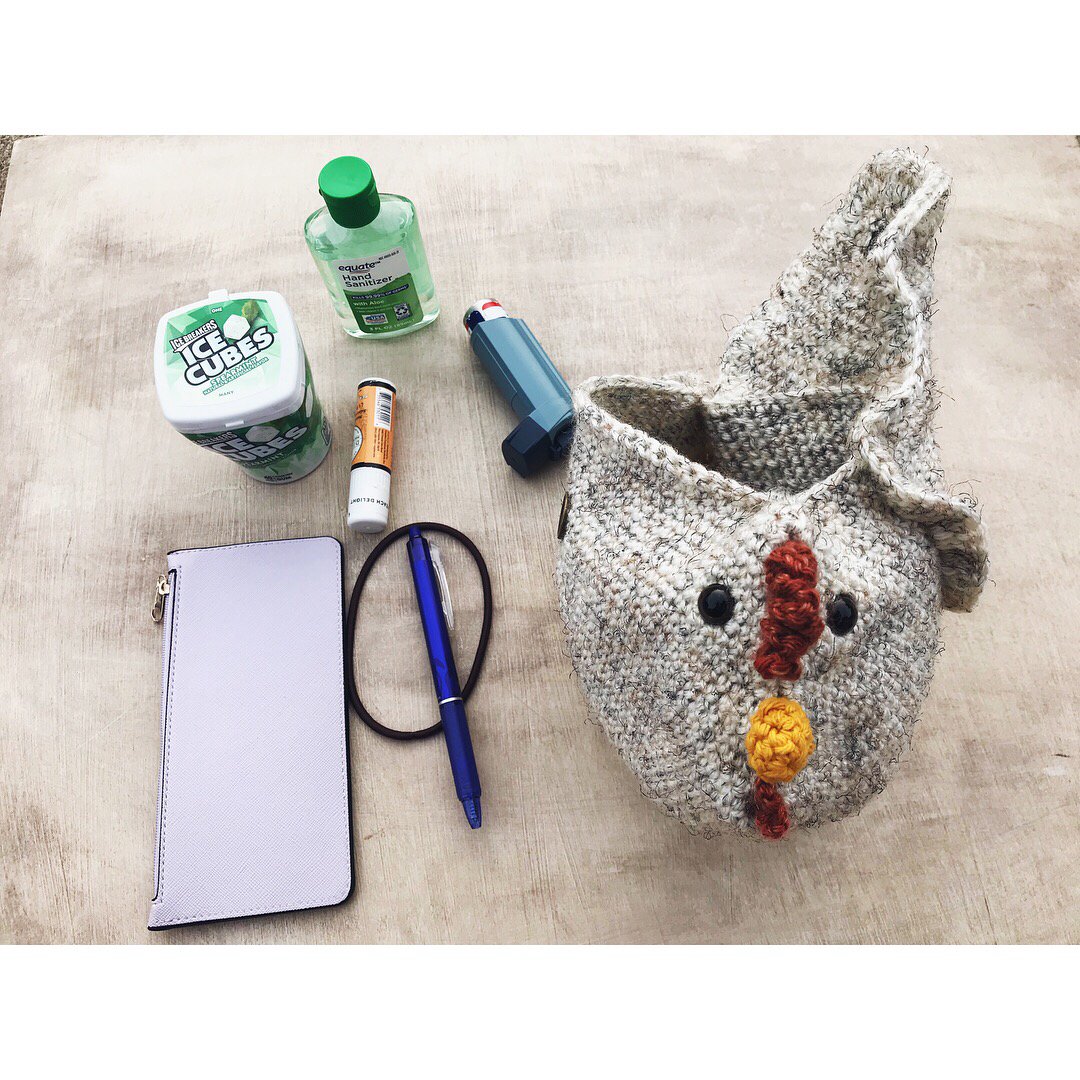 After 6 years, we have made a few upgrades. The yarn itself has changed to a softer yarn, while also giving some yarn with great texture. Also we have included a magnetic closure vs. the button giving it an easier way to hold on your personal items secure. 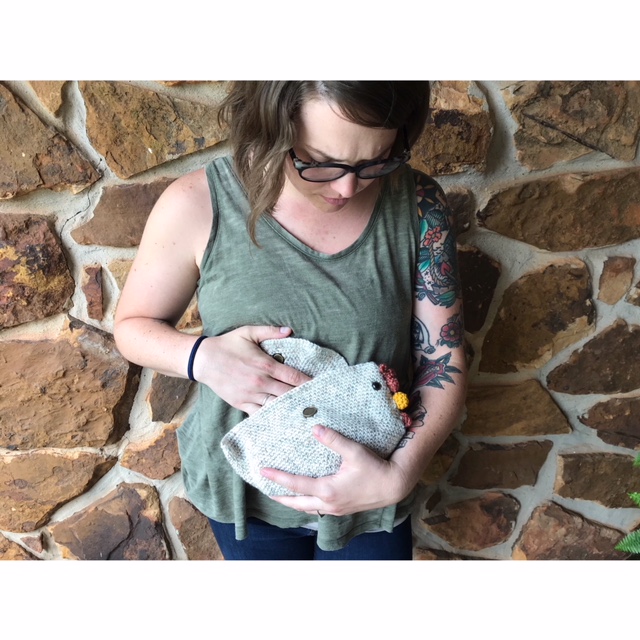 So now the question is...what color will your little Cluck Cluck Clutch be?

Check back later this week, my 3 year old nephew wants a chicken clutch. I have a  few ideas, just need to see how they work up.
Enjoy!

WOW! It sure has been a while since I visited this little space. Running this little business while having a 7 year old and a baby has been a tough balance.
I think I am finally starting to get my feet under me to add the blog back into the mix.
So I thought I would share one of the most recent pieces I have designed. 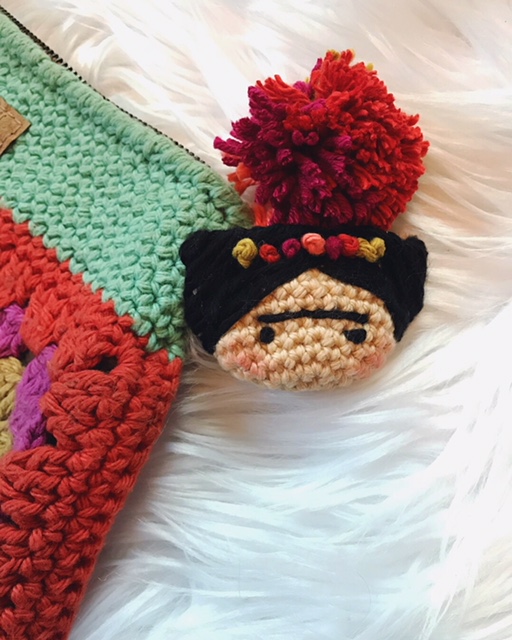 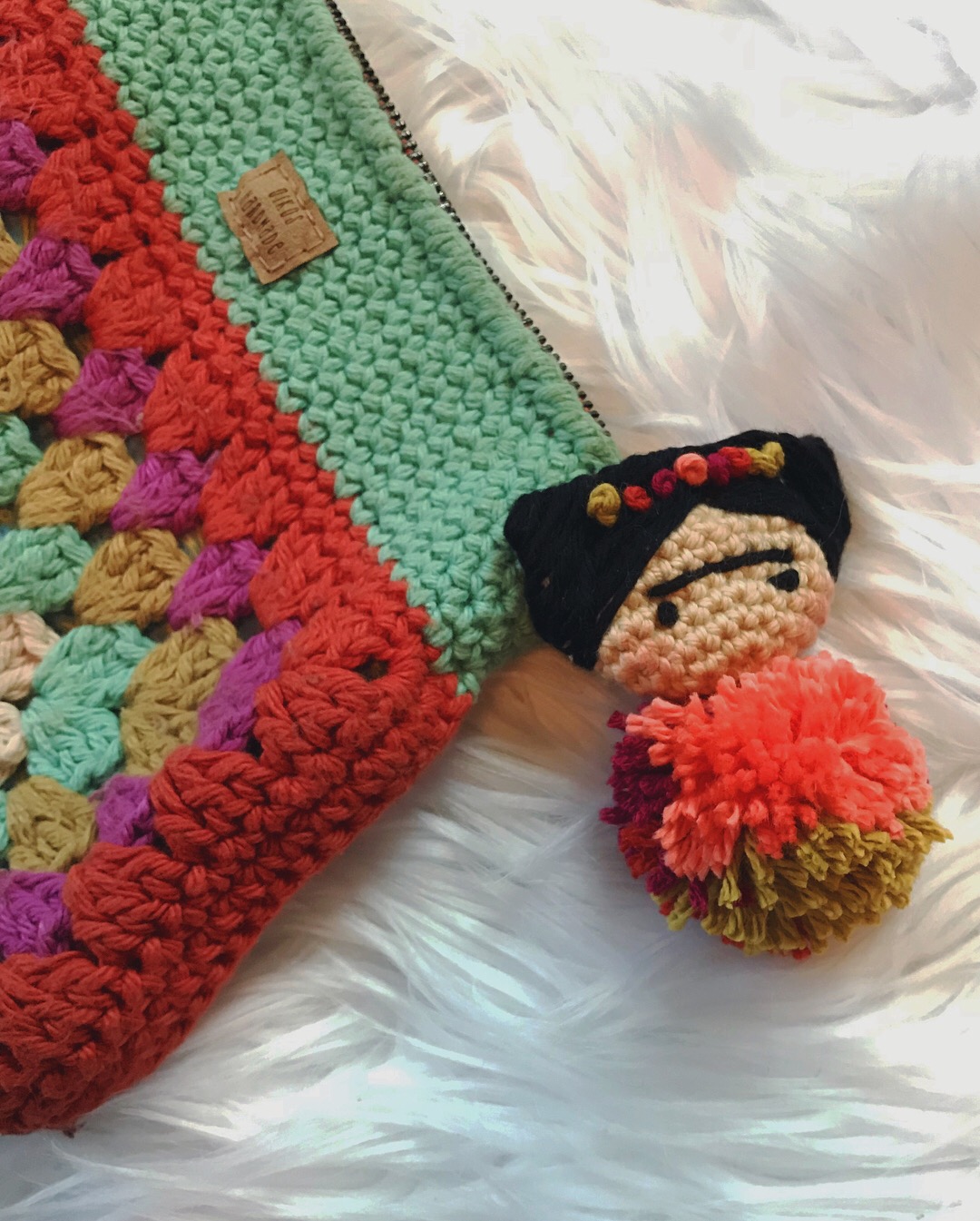 This little Frida is perfect to go with your favorite clutch in the shop or even add one to your favorite bag. She is also cute paired with a Pom Pom either as her body or behind her.
I adored her so much and love the example that Frida has set for girls/women everywhere. So I wanted a way that my daughter could use her. She's to small to wear a necklace, so I made her into a pacifier clip. 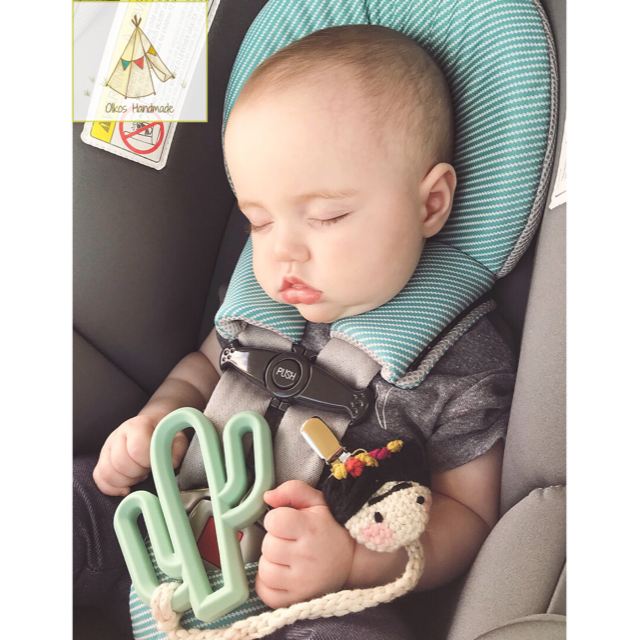 Marlee has been a huge fan of her pacifier clip, so much so I am thinking of other amazing women to add to the shop. I did receive a special order for a Frida lovey and a small Frida worry doll for a Nena & Co. purse.
What famous women in history would you like to see added into the shop?

Also, customs and loveys are available until June 1. So go check out the shop and contact me if you would like to set up a custom.
I promise to visit this little space more regularly.

This little space of mine has been sadly neglected. Fall/Winter 2016-2017 became my busiest year yet as a maker.
From selling in two shops, online orders and finding out we were expecting a little one...the blog took a backseat. 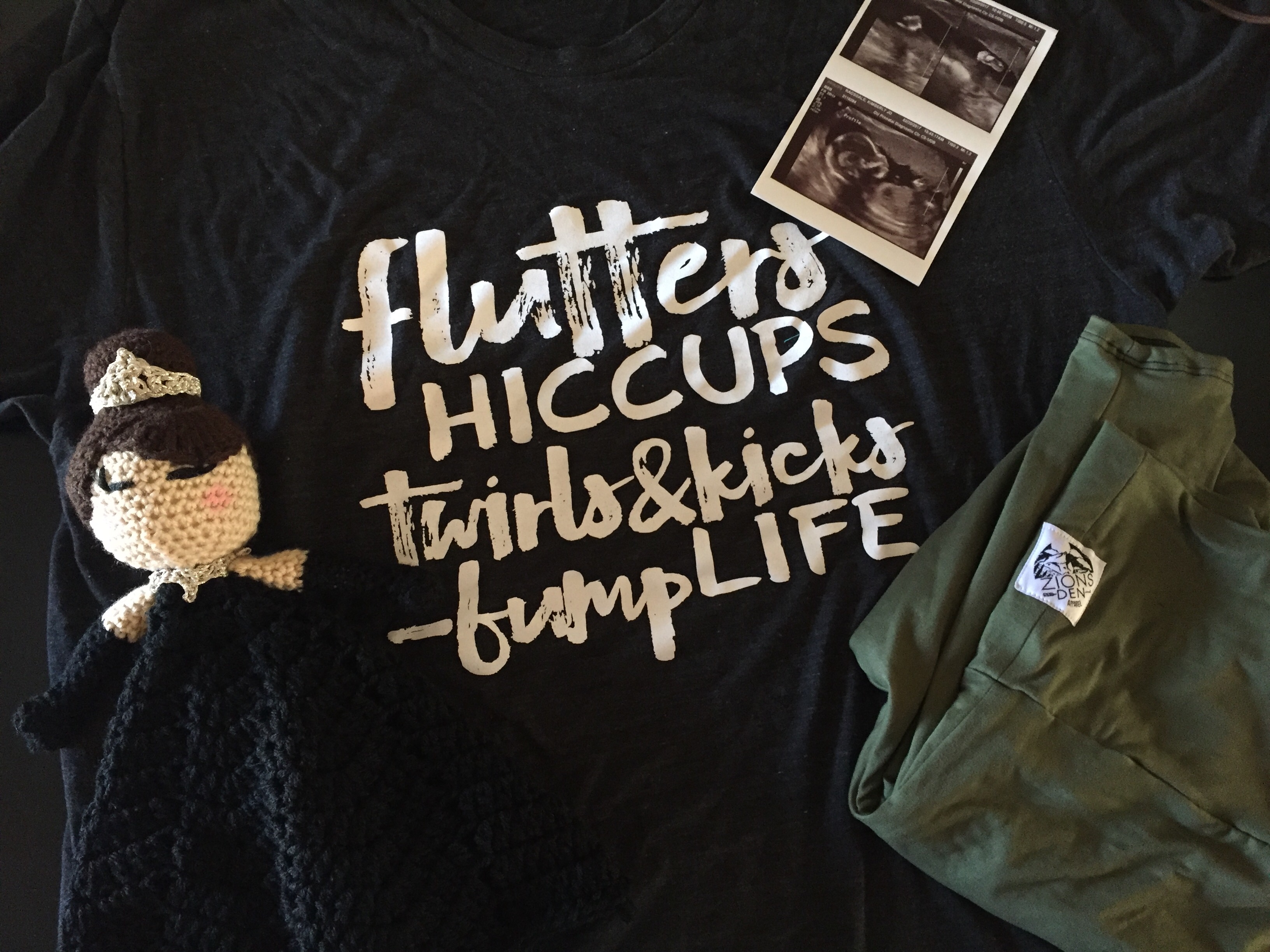 I'm bound and determined to get back in the groove as I have so many new things to share with you.
The turn around time in the shop will change for a short time as mid-July is when we are expecting Miss Marlee to make her appearance, I will share more on this soon.
The shop will be gradually filled with a few new items and several may go away.

You can find several RTS items in the shop or head into DNA Galleries in the Plaza District to get your Oikos Handmade fix.

My favorite time of day to crochet is late at night.
I find comfort in knowing my husband and son are in the house and all worries seem to flee my mind for a while.
As soon as I sit down to binge watch my favorite show with my yarn and hook in hand, the creativity seems to flow.
I have come up with several patterns that I have written. They sit in a book in the craft room and I fall back on them if the occasional step seems to flee my mind.
After designing the Graph Beanie Pattern, I had several people reach out to me about selling the pattern. It was something I wanted to do but honestly didn’t know where to start. I finally got the nerve up to sell the pattern and sold a few here and there. After a few weeks  Liz, over at Playin’ Hooky Designs, reached out and helped me with the pattern. We talked and worked together to create an amazing pattern.
I had admired Liz and her work for a while, so to be able to co-author a pattern with her was such an honor. The Graph Beanie has been a great piece to build on and has been a huge hit. 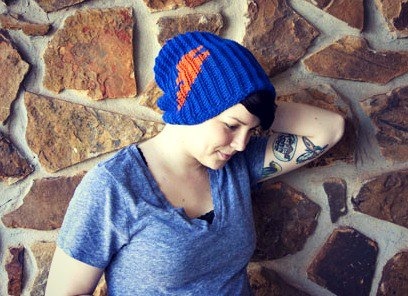 It wasn’t until I worked with Liz that the pattern took off. Speed up to a while later and I designed several other items and released a few as patterns. They have NOT been met with the same excitement as the Graph Beanie has.

Last year I released the Braided Infinity Scarf as a finished piece into the shop. Customers loved it and it became a best seller for me last fall/winter. After several request I decided to release the pattern this past week.
It is one of the pieces I am most proud of and to see it not do as well has left me with some disappointment.
I know if I were to find a person to help and co-author with me it would probably do better, most of my patterns honestly would because something about this designing stuff…its who you know. It is VERY cliquey and I’ve found it hard to break through.
I received a message yesterday that made me doubt myself and the designing world.
A designer reached out to me to let me know she would be releasing a pattern that was similar to mine. I questioned her a bit and she came back with “It does happen. More frequently than you’d think”.
I was hurt, frustrated that such a large designer would make it seem like it wasn’t big deal. I’m sure there are little differences here and there but she will receive more exposure because of her shop size.
I’ve purchased several of her patterns, supported her work only to be met with “It happens”.
(Apparently this isn’t uncommon for her upon further investigation.)
There were other ways in which it could have been approached, I was so taken back that I didn’t know what to say…so after questioning her I just let it go. I’m the small hook in the crochet world…and I’m okay with that.
I just wanted a little respect, a little support.

And I found it!
Not in the way that I may have wanted at first but I found the support I needed.
My TRIBE, my tribe always pulls thru with love, encouragement and support.
I had several crochet friends share my pattern and they have been the ladies that have been my cheerleaders on this journey.
Self confidence can be hard for me in such a large handmade community.
Do I measure up to (fill in the blank)?
I do this little business so I can stay home with our son. So when the school calls and he needs a breathing treatment I can go do that.
I do this for all the prescriptions we have to buy each month.
I love creating, I love the way making something with my hands makes me feel and the pride I have in what comes from a piece of wood and skein of yarn.

I let it go…I let the situation go and I will support the designers that support the small ones.
I will create even if things don’t sell like I think they should.
I will continue to be Kimberly the face, hands and heart behind Oikos Handmade.
This shop started because of our little boy…and I will continue to run my little shop with heart and integrity, just the way it started.

Thank you for your love and support,
I couldn’t do this little dream without you.